Over the last 14 years, as I’ve explored my own relationship with food and helped thousands of others explore theirs, it has become very clear that making food the enemy doesn’t solve anything.

You see in our family, food is, and always has been, an important part of our connection to one another. Maybe it’s like that in your family too. We just aren’t “eat to live” kind of people. My mother’s mother was a wonderful cook and author of a cookbook (read Food is Love for more about my Grandma Fisher). My father’s mother, Rita, was also a fabulous cook and founder of award-winning restaurants. 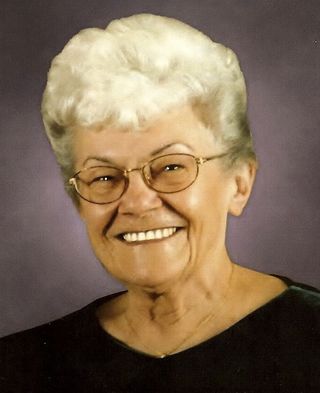 Born Rita Zimmerman in Erie, Pennsylvania, she was the eldest of seven. She married her high school sweetheart, William Lloyd Riddle, Jr., at 16.  Everyone called him Bill or “Red” for his hair-a gene I proudly express today. Soon afterward, her parents were tragically killed when their car was struck by a bread truck. The young newlyweds Rita and Red became surrogate parents to her younger siblings.

They soon had two children of their own, William Lloyd Riddle III (my father) and Laura Lee (known to me as “Aunt Lolly”), and eventually moved to Phoenix, Arizona. My father married my mother, Dixie, while in college. Then I was born, followed quickly by my brother, William Lloyd Riddle IV (probably the last of that namesake). They were a young working couple so we didn’t have much money, but we had family. That was enough.

We would often gather at Papoo (that was my first word for Grandpa-and everyone called him by it after that) and Grandma’s little house on Friday or Saturday nights, along with my Aunt Lolly and cousins, Emily and Joanne. We crowded around the kitchen table for interminably long family dinners. The adults seemed to sit there forever and just talk and laugh! We four cousins would sneak off and create a Carol Burnett-style variety show and perform it for the adults. My love of being in front of an audience was born!

Sadly, Papoo died young due to premature cardiovascular disease-a gene that I do not intend to express. Rita remarried-a man named Doug with a huge appetite. Rita’s new mother-in-law taught her how to cook, especially authentic Sonoran-style Mexican food, a favorite in the small urban Phoenix neighborhood where Doug was raised.

Our family meals evolved to include her new specialties: green chili pork, carne asada, chicken tacos, and the best pinto beans ever-which still make a regular appearance in my home to this day. I have a lot of other fond food-memories associated with those early years, like making Chex Mix in an electric skillet (does anyone use those anymore?). A favorite family treat was Mexican Sundaes: vanilla ice cream, Hershey’s chocolate sauce (back in the day when it came in a tin can), and salty Spanish peanuts. I haven’t eaten that in years but as I write this, I realized that may have been the origin of my passion for salty-crunchy-chocolate, like chocolate covered pretzels and Dark Chocolate Covered Almonds with Kosher Salt (see recipe). What I remember most though was a lot of laughter and love whenever Grandma was around.

My parents separated then divorced when I was nine. It was a very stressful time for me and marked the beginning of a pattern of emotional eating, and later, yoyo dieting, that continued for twenty-five years. Both of my parents remarried-Bill to Janie and Dixie to George-and I have been blessed to have four parents in my life since.

In the mid-1970’s, Rita and Doug divorced too and Rita moved back to upstate New York. To support herself, she opened a little Mexican restaurant called Tia Rita’s. It was a novelty-drawing school children on field trips to learn about foreign cultures and fans from all over the county. Tia Rita’s was even named “Best of Syracuse.” 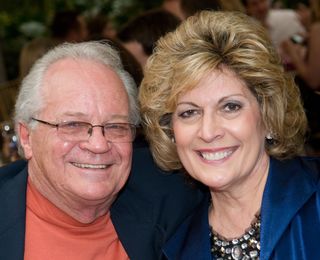 When I was in college my parents, Bill and Janie Riddle, decided they wanted to open a Mexican restaurant too. They moved Rita back to Phoenix, bought a failing restaurant on Bell Road and 35th Avenue in Phoenix, Arizona, and opened Valle Luna Mexican Restaurants in 1983. Tia Rita developed the menu, trained the staff, and endeared herself to the customers.

Before long, people all over Phoenix fell in love with Tia Rita’s recipes-and my grandma. The great food and family-owned and operated business cultivated a huge fan base despite the saturated Phoenix Mexican food market, eventually opening three more Valle Luna Mexican Restaurants throughout the Valley.

Nearly everyone in my family has been involved in the business-except  me, the black sheep of the family (other than a stint as a hostess on summer break from medical school). Chips, salsa, and an insider’s view of the restaurant business are among the perks of having family in the restaurant business. However, my favorite was having a margarita with my Grandma and hearing her say, “I LOVE you, Michelle!” (always with an emphasis on “love“).

Tia Rita passed away in 2008. As if in tribute to Rita’s life’s work, Valle Luna Mexican Restaurant was named “Best of Phoenix 2009,” by New Times Magazine. Today, the Valle Luna website reads:

“The Valle Luna family celebrates and honors Rita’s ideals of quality, affordability, and excellence in food and drink, and wholeheartedly promises you our very best efforts to ensure your memorable dining experiences.”

PrevPreviousHate the Scale? Love Your Body Instead
NextMindful Eating and Diabetes: Get Out of AutopilotNext