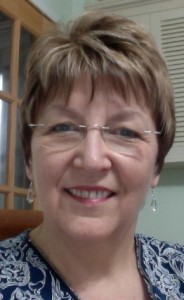 “We’ve been hooked – hook, line, and sinker – we’ve swallowed it whole!”, Monica says about our culture’s focus on dieting and weight.

“Like a lot of women out there, I had been dieting since I was a teenager. My parents often compared me to my younger sister who is taller, slimmer, and has a slight build, even to this day. I have a larger frame and a completely different bone structure, but I was told I was overweight. I started dieting to try to be thinner, like my sister.

“We have a different bone structure; her shoe size is a 7; mine is a 10 – even when we weighed the same, we have different shapes and we didn’t look the same. It is weird that we should be expected to!

Monica moved away from home when she was 17 to get away from her mother, who had been verbally and physically abusive. “It isn’t apparent to you as a child. All you are trying to do is survive.”

After moving away, Monica’s dietary habits were “all over the place.” She gained a lot of weight, then started dieting. “For about ten years I actually kept my weight at 135 pounds, near my sister’s. But I was so hungry all the time! I really can’t remember any other details about my life during that time because I was constantly thinking about food. And I didn’t even look good; people kept asking me if I was sick!”

Monica explains that she had a very difficult marriage, and that as long as she was focused on food and dieting, she didn’t have to face the reality of her situation. When she moved to a small town, she gave up on dieting and began to eat ad lib. “I didn’t gain weight but I stopped thinking about food all the time.”

Monica went to nursing school when she was 30. After graduation she worked on a very stressful surgical floor. “It was so busy! We worked nonstop, barely getting any breaks. When I got home, I ate constantly and gained about 50 pounds. I started dieting–Weight Watchers, Zone, even a diet my friends made up. My weight cycled up and down. I had such low self-esteem and shame, guilt, and depression because whenever I weighed in and had gained weight, I felt like a failure. I thought, ‘There’s something really wrong with me!’”

“I’m a nurse so my food is really healthy, but I ate large portions. I’d eat a large handful of peanuts, then a piece of toast with marmalade; 30 minutes later I’d be bored so I’d eat a leftover chicken breast. It wasn’t like I was eating chips.”

Monica now works in a hemodialysis unit and observes that, “There isn’t a single person at work that isn’t doing the same thing. They’re all on a diet! They all talk about dieting, food, and exercising.

“I finally decided that I’ve had enough! There has to be another way. Even if I don’t find the answer, I can’t do this anymore. I want to be able to put food where it needs to be in my life.”

Monica downloaded a bunch of articles from www.AmIHungry.com and read them over and over. “Then I got the book, Eat What You Love, Love What You Eat and I thought, ‘This is the answer.’” She worked with an Am I Hungry? mindful eating facilitator, but it was challenging at first.

“I was afraid of hunger. There was a terrible fear that I wasn’t going to get food. It feels more than psychological. It’s like not getting enough air. I was also afraid that if I got hungry I would eat everything in sight. Even the girls at work say they’ve never felt hunger. But I decided to wait it out even though I was getting nervous and afraid. That first time, it took about 14 hours to feel hungry!

“It is so strange. Every diet tells you what to eat for breakfast, lunch, and supper. There are all of these weird rules about what to eat, but no one tells you to eat when you’re hungry. During that first week I had an innate fear of getting hungry. I knew I had to learn to trust my body to tell me what to do: when to eat, what to eat, and how much to eat. Now I don’t need to think about that!

Several other things that Monica has learned along the way:

“When I started this, there was no effort. On a diet you are constantly looking in books and checking lists. It didn’t take long. Weight was just dropping off my body eating exactly what I wanted. I didn’t have to think about food all the time.

Now Monica is 60 years old and lives alone. “I decided that after 40 years of conflict with food, I was done! I figured that based on my appetite, my body type, the foods I like, and my activity, wherever I end up, I’m going to accept that. But the funny thing is that now I naturally maintain my weight! I don’t weigh myself very often and my weight just stays about the same. Dieting consumed my brain. Now, I get to rest from all that!

It’s Not About the Food

“We just don’t focus on the reason we eat. Now I understand that our bodies tell us when we need fuel; our brains can’t do that. I once read that cravings are psychological and hunger is physiological. People at work will talk about eating something delicious even though they’ve recently eaten. One person said they just never allow themselves to get hungry.

So I wondered, “Well why am I eating all the time when I’m not hungry?” So Monica typed up Dr. May’s saying: “If I’m not hungry, what I need isn’t in here” and put it on her refrigerator as a reminder.

If you’re focused on food, you are avoiding something else in your life. When I am focused on food or losing weight, I don’t have to focus on the fact that my husband is getting high.

“I’ve had people close to me who were addicted to drugs and alcohol, and when I talk to them about the thoughts and fears I had about food, they said it was like a mirror. My sister also said it’s like AA – once you know, it ruins it! You used to be able to eat or drink until you don’t feel anymore. Now you know what is going on so it doesn’t work.”

“As a child, I was just trying to survive. I didn’t know what a healthy relationship was. My first husband cheated; my second husband had a drug addiction. The mental and psychological injuries were similar to living with my mother. I just didn’t know or understand my feelings and I didn’t have any connection with my emotions. I wasn’t allowed to be sad, I had to be happy. Even people around you say, “Don’t think negatively.” Now, I try to stay in the moment.

I’d always felt like I had a monkey on my back. It was so oppressive. I’m not being stalked anymore. People who know me say that I am 110% happier than I’ve ever been. I feel content. My life is peaceful.