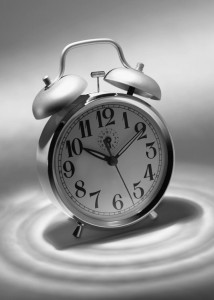 John and Kim are the parents of four active children – two teenagers and two preschoolers. John works outside the home, while Kim manages the household and much of the childcare. In the past, John and Kim gave little or no thought to the healthfulness of their diet and lifestyle. John’s annual physical exam last year changed all that.

John had developed high blood pressure. His doctor told him his blood pressure would improve with weight loss and exercise and shared the benefits of the Am I Hungry®?  system. His doctor explained how it addressed his need for a non-restrictive approach since he traveled a lot for business. John and Kim looked at what it offered, and found the Am I Hungry? system appealing. They believed that a lifestyle change would be most effective if it was done ‘family style,’ especially since Kim is the primary shopper and chef. Besides, Kim felt that she, too, needed to exercise more and lose a few pounds. As a bonus, they found the program very affordable, unlike others requiring the purchase of special food or equipment.

John and Kim quickly realized that Am I Hungry? wasn’t a diet. They discovered that they could eat whatever they wanted – when they were hungry – and in moderation, instead of being shackled by food restrictions. From the outset, John and Kim consistently asked themselves, “Am I hungry?” before they ate. Learning to recognize the feelings of hunger and satiety eliminated their mindless food consumption, leading naturally to weight loss. This initial success motivated them to begin making healthy food and activity choices because they felt good – not because they were following some expert’s set of rules. 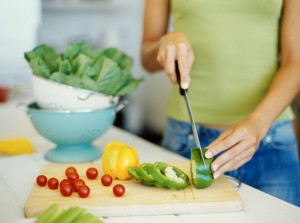 According to Kim, prior to Am I Hungry?, their family wasn’t making a conscious effort to eat healthfully and exercise. Today, all of that has changed. Kim became more active and eventually joined a gym, while John exercises both at home and when traveling on business. Meals are planned with the nutritional needs of the family in mind. Kim prepares homemade entrees, often sneaking in fruits and vegetables in unconventional ways, ensuring that everyone gets their “five a day.” For instance, she mixes finely diced fresh vegetables into taco meat, and makes colorful Sloppy Joes with ground turkey and pureed blueberries. Am I Hungry? taught her to treat all foods as equal rather than as either “good” or “bad.” Consequently, the kids’ favorite breakfast cereal and chewy fruit-flavored snacks are not prohibited. However, she keeps fresh fruits and vegetables on hand, enticingly offered with flavorful dips that her kids often prefer to processed snacks. Finally, John and Kim have learned that when their family is hungry it’s usually for a “real” meal, not just chips or sweets. While they each still sometimes choose less nutritious foods, they do so consciously and in much smaller portions.

A year after incorporating the Am I Hungry? principles into their lifestyle, John has lost over fifty pounds and his blood pressure is back in the normal range. Friends, and even male colleagues, have commented on how great he looks. And Kim has toned her shape with exercise and has lost over 15 pounds eating healthfully, reducing from a size 14 to a size 8.