At 5’11” and slender, Jeannette was known as Twiggy throughout high school. “I know now that I truly ate instinctively and had very high energy. I danced, played volleyball, and swam,” Jeannette explained.

From Instinctive Eating to Overeating and Ashamed

“I remember the moment I began my struggle with emotional eating. I received some very traumatic news and it felt like a switch was flipped,” said Jeannette. “I began using food for comfort. But I ate when I was happy too. I’d eat two rows of cookies and feel so ashamed. I even started hiding my food.”

She gained 75 pounds and tried one diet and exercise program after another to try to fix it. Her weight swung down then back up in a 20-30 pound range, apparently related to stress. She and her family moved 14 times and as Jeannette explains, “whether out of state or across town, moving was very stressful for me. Every time we moved, I lost close friendships. Women need other women.” In addition, she was raising two children and going to college full time. Like many women, Jeannette also struggled with her body image. “My son finally had to tell me, ‘You’re are not allowed to ask me if you look fat.'”

Jeannette is grateful for her supportive husband, Steve. “We’ve been married for 33 years and during that time, it’s like he has been with four different women-all me-but at different weights. But he never treated me differently; he said I was always the same on the inside.” 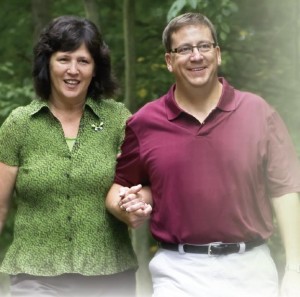 Ten years ago Jeannette started meeting with a dietitian. “She was a young girl right out of college and we were both gung ho. She asked me to write down what I was eating and the feelings associated with it.” Jeannette soon noticed a pattern of eating related to her emotions  but, “instead of recording that I had eaten three servings of something, I’d record the food’s components to hide the amount I was actually eating.”

Jeannette describes herself as a really honest person so when she saw herself lying and hiding wrappers, she said, “It really pained me. The next time I saw my dietitian I said, ‘I have a problem-I think I might be an emotional eater.'” Her dietitian agreed but admitted that she wasn’t equipped to help her with that. She continued to see her for nutrition advice, which Jeannette says was very helpful, but they didn’t get to the core of the problem.

It took all courage she had to look for a counselor on her insurance plan. “When I finally called, the receptionist said, ‘You want to talk to him about emotional eating? He doesn’t deal with that!'” Jeannette felt humiliated and hung up the phone. She lived another two years with awareness of her emotional eating. Jeannette said, “It was actually a little better because I didn’t have as much shame. At least I understood why I was doing it.” She was able to be more compassionate toward herself and that led to modest weight loss. “I could verbalize to myself, I’m stressed about the exam so I’ll eat.”

Feeling Emotions Instead of Using Food to Push Them Away

When both of her kids were in college, her husband was relocated again. She felt like she was abandoning her kids. “They wouldn’t even know how to get home!” This led to a small break-through for her. Jeannette describes the experience:

“Before the movers came, I decided to pack the kids’ rooms myself. For the first time in a long time, I allowed myself to feel grief instead of using food to not feel. I cried, not because I was sad, but because a beautiful part of my life-raising my children-was coming to an end. I realized then that feeling bad can almost feel good – because at least I was feeling something.”

Once in their new home, Jeannette tried to keep herself busy. Then, as Jeannette says with her keen sense of humor, “I put on my ‘big girl pants’ and reached out for help again. My new counselor told me that people cope in different ways-alcohol, work, food-they were all the same thing: a way to push away the feelings.” Her first step was to go into her basement every day to do chores and turn up her Christian music and cry when she felt like it. “My favorite song was about how healing comes through the rain. I had always been empathetic toward other people but I just needed to learn how to cry for myself again.”

Jeannette met with another dietitian who helped her eat healthier. Then a year ago she saw a flyer for an Am I Hungry?® Mindful Eating Workshop offered by a local hospital, MidMichigan. During the introductory session, Jeannette felt like she had finally discovered the missing puzzle piece. 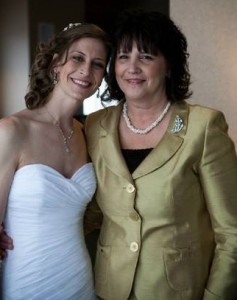 “During the workshop, I felt like my facilitator, Dr. Jennifer Morse, was speaking my language. My soul was sucking in everything she said. I felt like I was standing naked in a room with other naked people who finally had nothing to hide because we were truly understood.”

For example, Jeannette realized that although she was eating healthy foods, she was eating too much at one sitting. “The balloon demonstration during one of the workshops was the eye opener for me. I began feeling better almost right away after cutting back. I assume it’s because my body doesn’t have to work so hard to digest so much so often.”

Jeannette also experienced a significant change in her emotional eating. She explains that “at home, I would literally do a circle. I’d walk into the kitchen and suddenly realize the real reason I wanted red licorice. I’d turn around and walk back out again. It’s almost as if I have out of body experiences now. I can step back and look at what I’m doing and see what my patterns are.”

Before doing the workshop, Jeannette says she was in a “dysfunctional dance with food. Emotional eating worked for me, but only temporarily.” Now that she feels physically and emotionally healthier, people constantly ask her what has changed. “When I try to explain it to them, many don’t identify with emotional eating at first. They don’t understand that emotional eating can be eating for any emotion. I know that now.”

Jeannette says she has no interest in trying to get back to her high school “Twiggy” weight. She just wants to feel good. And she does-and so does Steve. They’ve lost a total of 53 pounds together. They are so enthusiastic about sharing their new approach to eating that they were photographed for an article about MidMichigan’s Am I Hungry? Workshops.

She says she is now “purging” – donating a lot of household items that they had accumulated through all of their moves. Symbolically she says, “I was always afraid to throw anything out for fear I might need it someday.” Not anymore. “I feel fully alive because I have been able to take charge of my journey. I know what I really need.”