Transforming Your Relationship with Food 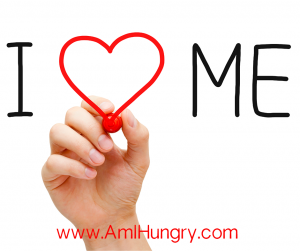 I recently had the privilege of interviewing three women who attended three different Am I Hungry? mindful eating retreats over the last year. While each is different, there are several powerful threads running through their stories. And each of them has transformed her relationship with food.

All of them are highly successful in their respective careers yet they’d tried and succeeded on numerous diets—temporarily.

Gretchen explains, “I became obsessed with logging food and exercise. I’d go through my ‘I hate my body’ times. I was plagued by it. Slowly the other things I loved fell away. It felt tragic, but I didn’t know what else to do. I felt so sad, but I continued to log every bite.”

Nicole, who struggled with binge eating, says “I couldn’t figure out why I couldn’t fix this…I wanted to stop thinking about food 24 hours a day, seven days a week and obsessing over it and eating ridiculous amounts of food to the point that I felt ill.”

Jenn says, “I had weight loss surgery—gastric sleeve—before I met you, but I wish that I had sat down and dealt with the heart of what was causing my pain. Bariatric surgery is a fine tool and I don’t regret it, but in order to keep those results, I needed to figure out the ‘why.’”

Each of them credits what they learned during their retreat with the beginning of their personal transformation.

Jenn says that one of her key lessons was recognizing that, “I’ve always been so mean to myself.” She has learned to stop trying to be something she’s not and has learned to accept herself—and that has made all the difference!

Similarly, for Nicole, the biggest shift while participating in the retreat was realizing that she was saying things to herself that she would never say to another person. “That was like a switch…I do deserve to be nice to me so I started the process of accepting myself the way I was.” She learned to nurture and listen to her self-care voice that encourages her when she starts to feel afraid. “It’ll be ok self! One step at a time here!”

Gretchen had been paralyzed with perfectionism. “I was so afraid to fail that I didn’t want to try.” Now her mantra is “You can’t possibly succeed without being willing to fail.

Jenn added that another big change was that, “For the first time in my life, I allowed people to know who I really was, and they loved me anyway.” That was huge for her. “I began a journey of believing in myself.”

Read and listen to their full stories here!