Regret and Her Horrible Twin, Guilt 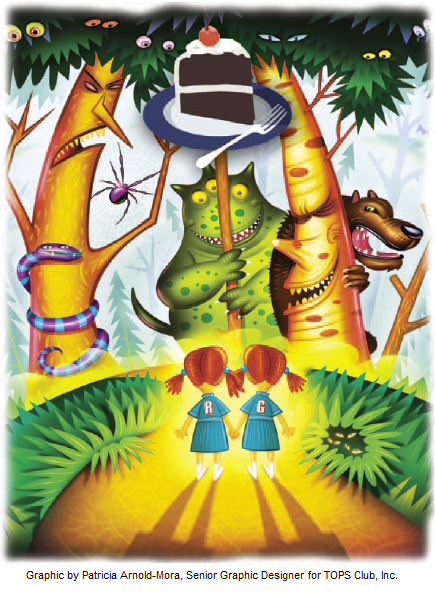 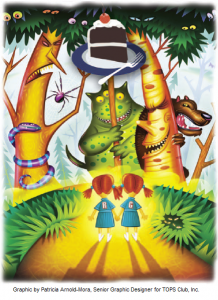 The sisters Regret and Guilt are just like many twins: they look a lot alike, but they are very different.

When Regret makes a mistake she cries, “Oh, I wish I hadn’t done that!” or “Why did I do that?” or “I’m never doing that again!”

But when Guilt makes a mistake, her reaction is very different. She yells, “You idiot, you blew it again!” or “You are such a loser—what’s the matter with you?” or “You might as well give up; you’re never going to get it right.”

Regret makes mistakes all the time. But unlike guilt, she doesn’t beat herself up over them. She figures, reasonably, that everybody makes mistakes, especially when they’re learning something new.

Regret learns from her mistakes.

Regret sees the bigger picture. She doesn’t even really mind making mistakes because she always learns something that helps her do things a little differently the next time.

She even laughs at herself and shares her mistakes with others so they’ll learn too. She doesn’t care that other people sometimes do things better—but she wants to be the best she can be so she never gives up trying.

Regret feels confident enough to keep going because she knows that every time she learns a new lesson from a mistake she made, she’s becoming more knowledgeable about what works for her.

Of course, Guilt makes mistakes too. But she blames herself because she believes she should know better. Instead of helping her learn, her mistakes just prove to her that she is a bad person and that something is wrong with her.

She is often angry with herself and sometimes other people. Secretly, she feels unloved and unworthy, so with every mistake she resolves to do things perfectly the next time to prove to herself and everyone else that she is good enough.

Regret and guilt have different motivations

One day, Regret and Guilt agreed that it was time to make some lifestyle changes. Regret regretted that her energy level was low and she wasn’t able to do all the things she wanted. Guilt felt bad too—guilty that she was “too fat and lazy.”

Like many others, Regret had been on dozens of diets and she knew they just didn’t work for her.

She realized she needed to try something different. She decided that this time she would make small changes to the way she ate. She started by paying more attention to her hunger and fullness cues. It sounded simple enough, but it wasn’t as easy as she thought, especially when someone brought donuts to the office.

After two days of eating donuts mid-morning, she realized she needed to make a plan. She gave herself extra time in the morning to have breakfast and pack a lunch of foods she enjoyed. She also made a list of other things she could do when the donuts were calling her.

She continually tweaked her plan to figure out what worked best. She noticed and congratulated herself on her small successes.

A few days in, she had a really stressful day at work and was thrilled when she remembered that it was her co-worker’s birthday, because that meant cake! She wasn’t hungry but had a piece of the delicious chocolate cake while she celebrated with her friend… then went back for another piece after everyone else returned to their desks.

Within an hour she noticed she felt tired and a little sick—and still stressed out. Regret regretted her decision to have the second piece of cake—but not the first! She decided that next time she felt stressed she would try taking a short walk instead of going back for more.

Guilt had also been unsuccessful when it came to dieting. Like Regret, she knew it was time to try something new.

She liked the idea of using hunger and fullness too—but she had failed so many diets that she doubted she would do any better with this approach. She told herself that this was her last chance to get it right, so every time she felt like eating she made absolutely sure she was hungry first. She felt great because she was doing it perfectly!

After a week of only eating when she was hungry, disaster struck. She had already eaten most of her lunch at her desk when her boss showed up with cake to celebrate Secretary’s Day. She had a piece even though she wasn’t hungry.

As usual, within a few minutes Guilt was berating herself for her terrible mistake, knowing that she had failed at this too. She gave up and went back for a second piece. She felt so bad about herself that she picked up a pizza and ice cream on the way home. After all, she couldn’t even get this right so what was the point?

Although Guilt was well intentioned, her unrealistic expectations and the shame and blame she heaped on herself were preventing her from learning, improving, and forgiving herself when she made choices that didn’t work out well. She even felt guilty for feeling guilty!

Perfection is not possible—or necessary.

Guilt finally asked her sister for help. Regret explained that while there’s always room for improvement, toddlers fall down many times before becoming proficient at walking. They may cry but they don’t feel ashamed. Instead they get up, make adjustments, and try again.

Enjoyed this article? Here are three more that you might find helpful:

How to deconstruct overeating.

The power of the pause: Mind, body, heart scan.