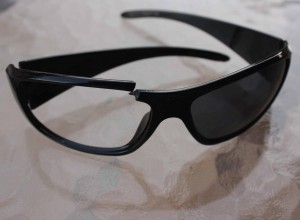 I recently spent twenty bucks on a pair of cheap sunglasses, rationalizing that if I lost them on vacation, it would be no big deal. When they broke on the first day, they suddenly became the most expensive sunglasses I’d ever owned at $20 per wear!

That same day, a person who had registered for one of our mindful eating retreats emailed us to cancel because she decided it was too expensive. Sadly, I couldn’t help but wonder how much her struggle with food had already cost her—and how much more it would cost over the course of her life.

How many nights or days do you feel stuffed, miserable, hungry, angry, sad, or hopeless? How much money do you spend on food you don’t really need and later regret eating? How much have you spent on quick fixes, diet foods, meetings, or gym memberships that maybe you don’t feel comfortable enough in your own skin to use? How much does distraction, lost productivity, and time wasted thinking about food—or not eating food—cost each week?

I acknowledge that an Am I Hungry? Mindful Eating Retreat or Workshop is an investment—not nearly as expensive as five days at most spas—but worth much more. I’ve personally witnessed people transform before my eyes in just five days. They show up a feeling little nervous and a little unsure about telling their secrets to a bunch of strangers. Within hours, they aren’t strangers anymore! They are fellow travelers on an exciting journey toward freedom: freedom from dieting, freedom from binging, and freedom from guilt!

It honestly breaks my heart to think of all the people whose lives would be changed but will continue to try one diet plan after another—or have given up hope of ever finding freedom. And then there are those who don’t believe that freedom is possible and that their only option is to weigh, measure, and count food, and punish themselves with exercise for the rest of their lives.

It doesn’t have to be like that! What could you do with the time, energy, and money you’ve been wasting on yo-yo dieting or binge eating?

Skip the cheap sunglasses. Invest in the real deal!