By Megrette Fletcher, MEd, RD, CDE
Co-Author of Eat What You Love, Love What You Eat with Diabetes

Anne was newly diagnosed with diabetes when she came to her appointment. She sat in my office and began to tell me what she was looking for from the session. As I listened, I got a sense of what Anne needed.

During her life, Anne has made many, many different attempts at changing her diet. In the past, the reasons were to “be thin” or “be fit,” but they all seemed to revolve around appearance. She told me, “This time it is different!” which I thought might mean she was willing to dig a little bit deeper into the WHY of eating. When I asked her, “So, why do you think you eat?” she looked at me and explained that she was an emotional eater.

In Chapter 4 of Eat What You Love, Love What You Eat with Diabetes, we talk about how our thoughts and beliefs are often a big part of our food and eating choices. What people often don’t realize is that we have the ability to change how we think. This is why mindful eating is so powerful. It isn’t telling you what to do, it is asking you WHY are you making this specific choice. What is interesting is that when people begin to ask questions, they actually change how the brain works.

A month had passed when Anne came for her follow-up. She was relaxed as she began to share what she had learned in the last four weeks. Her numbers were improving, but still not in target.

I asked, “Are you worried about this?”

“No.” Then she added, “I can see they have come down almost 100 points, which feels good!”

“How is the food and eating going?” I asked.

“Better, but not perfect. I thought about it and I think I need more support. I decided to use the plan you and I came up with and attend a weight-loss support group called TOPS (Take Off Pounds Sensibly), which meets weekly.”

“Is that helpful?” I inquired.

“Yes, it is. I think I am too hard on myself. It is funny, but the other day I learned that my grandson is moving away and all I wanted to do was eat. I remembered the conversation we had about emotional eating and the mindful eating cycle. I asked myself:  Am I Hungry?® Which I wasn’t, so I decided to do something else. I think it was the first time in my life that not eating in response to my emotions was actually a choice.”

“Wow! That is really a powerful awareness.”

Anne continued, “What surprised me even more was when I shared the story at the group. I noticed that I think about food differently. I really have so much to learn about diabetes, but you know, I just feel smarter.”

I nodded in agreement, saying, “Maybe what you are feeling is a little wiser.”

She laughed a bit and agreed, repeating softly, “Wiser. Yeah, that feels right.” 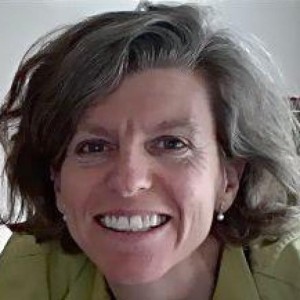 PrevPreviousHow do you use MyPlate when you have diabetes?
NextWhy Do Blood Glucose Levels Continue to Rise?Next